Skip to content
View cart “Star Wars Premium Pinball Machine” has been added to your cart.

The Deadpool LE Pinball Machine by STERN Pinball comes with free delivery, 2 year warranty and we have the lowest price for the Official UK version. 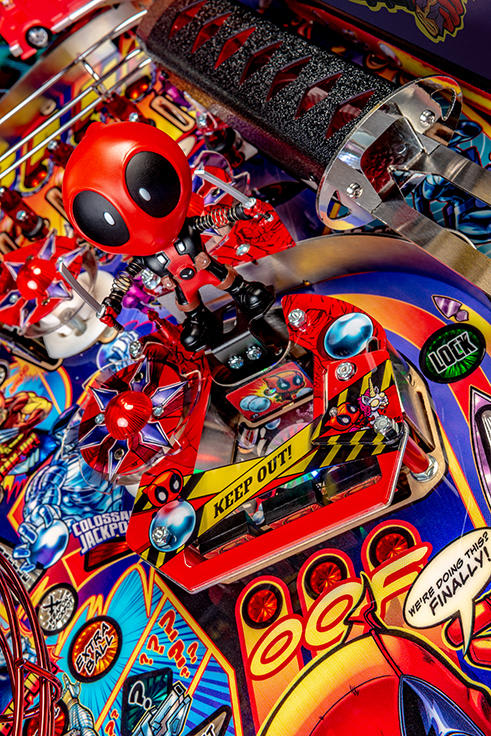 Knock knock! Deadpool’s calling! STERN Pinball’s latest pinball adventure is all about the unhinged, unpredictable and completely unkillable mercenary Deadpool! Join him on an unforgettable misadventure in time as he takes on some of the most heinous villains in comics, as well as history itself!

Deadpool is designed by industry legend George Gomez, who is responsible for some of the greatest player favourites of all time, invcluding Monster Bash, Lord of the Rings and Batman 66 amongst others. Gomez’s design is completed with incredible comic inspired artwork completed by Zombie Yeti whose work is instantly recognisable from games such as Iron Maiden, Ghostbusters and Aerosmith. The game also features a high definition LCD display to replace the regular Dot-Matrix-Display normally found on pinball machines.

The LE also adds a huge amount of additional goodies that makes it the ultimate package for any fan of Deadpool. Being limited to only 500 machines globally, Deadpool LE includes an individually numbered serial plate for the backbox, and a protected, autographed playfield by the game’s designer George Gomez, custom art blades for the inside of the playfield and even a collectible 12″ vinyl record with a sleeve featuring the artwork of Zombie Yeti. 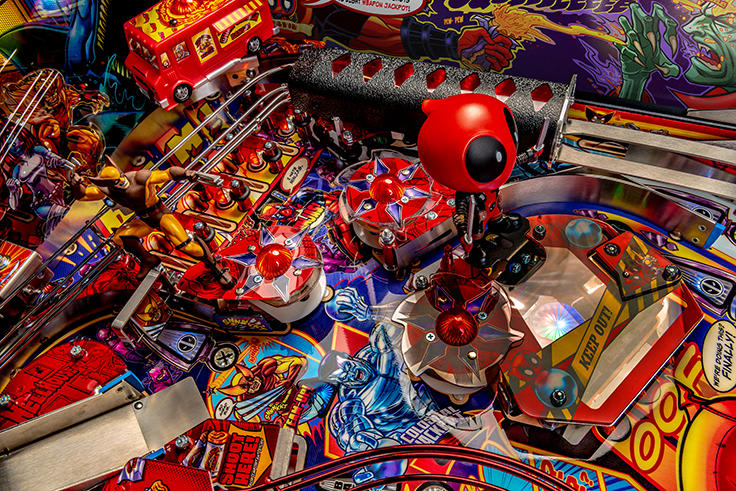 Deadpool’s brutal antics exploded into Marvel comics and onto the big screen, changing the way we look at superheroes forever with his disregard for the traditional moral code and unpredictable behaviour. This has made Deadpool one of the funniest comic book heroes ever made, and that quirky yet brutal nature of the character has been captured perfectly by STERN Pinball. 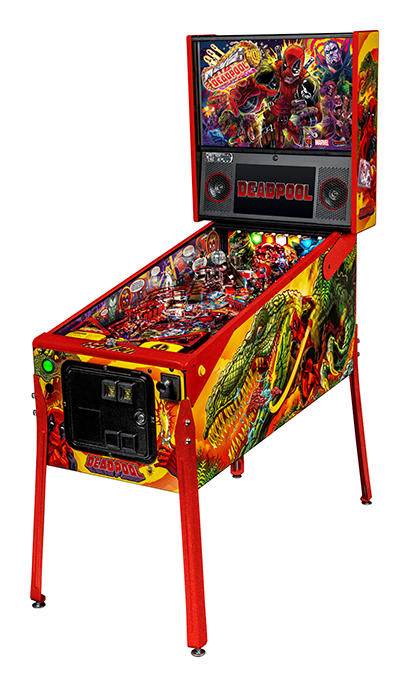 This special version of Deadpool is packed with fun features to bring the outragous character to life, including Deadpool’s deadly katana that acts as a ball lock and ramp, and even an interactive bobblehead who moves in reaction to shots in the game. In addition, the game includes physical models of Wolverine, Dazzler and even a Chimichanga wagon on the playfield. There’s even a rotating disco ball to get the party started, and the laft ramp has even been tinted red to match the theme. 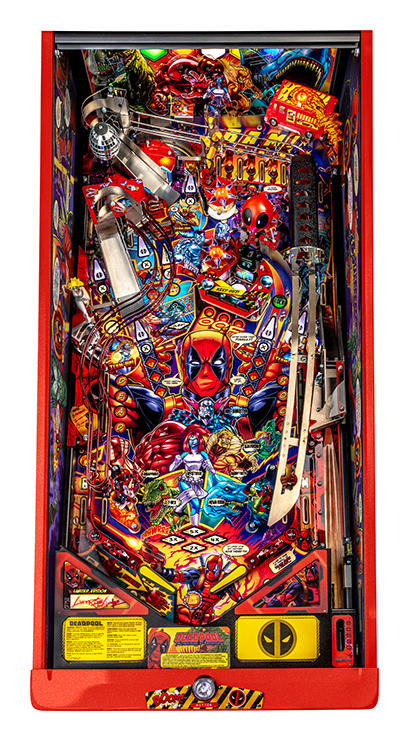 For more details see our Showroom page. For directions see our How to Find Us page.
Deadpool LE Pinball Measurements: