The Stern AC-DC Premium Reconditioned Pinball Machine comes with free delivery, and we have the lowest price for the Official UK version.

Following hot on the heels of the other rock band inspired pinball machine, Rolling Stones, is the AC-DC pinball game. The Australian band, formed in 1973 by brothers Malcolm and Angus Young, are considered as the pioneers of heavy metal. 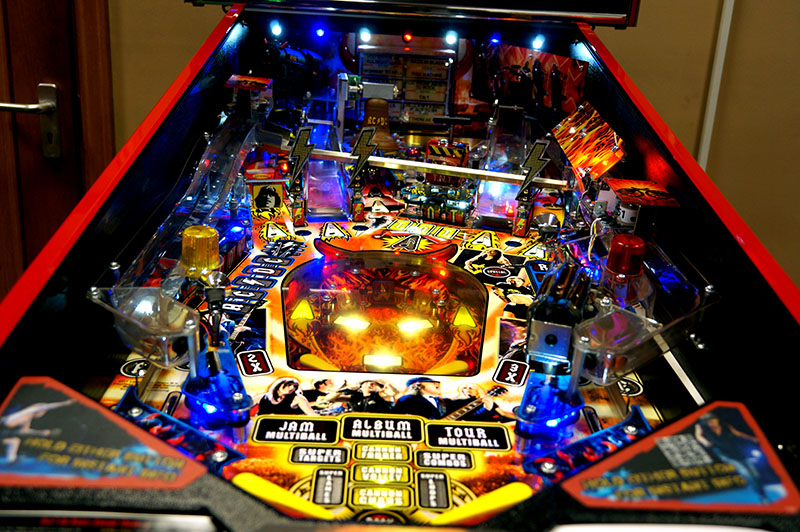 Mixed with the five band members are elements from their albums and tours, such as the inflatable Rosie character they have on stage during Whole Lotta Rosie, the train from Rock-N-Roll Train and the cannon used on the cover of For Those About To Rock, on that same track and in their live performances.

This version of AC/DC is the premium version, which incorporates a number of additional playfield features as well as cosmetic upgrades. A list of the game’s features can be seen below:

This machine was exchanged from a customer who has used it in their home, and given the game very little use. As a result, the game is in immaculate condition on the playfield and the cabinet. In fact, the original manuals and goody bag is still stapled to the inside of the cabinet.

Where necessary new balls, new rubbers, new decals and other parts have been fitted along with any cosmetic repairs, if needed. This is a vintage machine and can therefore carry small cosmetic imperfections due to its age.

Some machines we sell are fully restored, where we will fit new decals, new playfields, new parts such as ramps, and even upgrade certain items, such as the sound components. Where this type of reconditioning process has been undertaken we will make it absolutely clear that this is the case and the price will reflect the amount of time taken and costs incurred in this process. 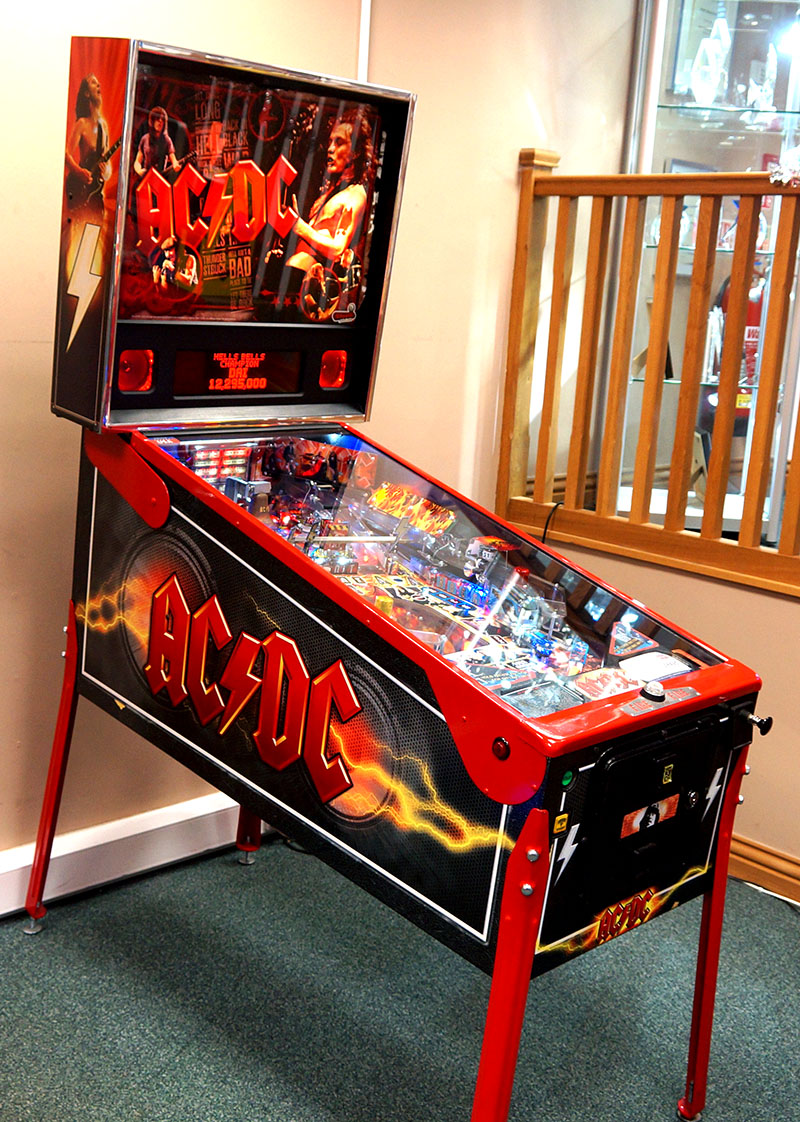 If you’d like to try out a classic pinball machine, we have a vast collection of over 15 different classic titles from various big pinball manufacturers like Bally, Williams and Data East on display in the showroom. All of these games are set up and set to free play for you to try for yourself. Even if we don’t have the exact machine you’re looking for, we can recommend other games that may play similarly.

This pinball machine comes with a 1 year parts warranty. All parts that are faulty will be replaced. Often we can solve any problems over the phone and supply any necessary components for the customer to fit. If necessary our specialist repairer can visit your home to inspect and repair your machine on-site, but this would be chargeable. Please call us for a call-out quotation. If parts are required which are not carried at the time these will need to be ordered for you, and will sometimes need to be imported from the States – therefore, there can be a wait for the part to arrive.

After our 1 year warranty has expired we will continue to offer you complete support for any problems you have, either over the phone or by email, and can provide a chargeable engineer call out should it be required. Whatever happens, we will be able to look after you and your pinball machine.

We don’t offer any warranty for used pinball machines used in a commercial environment, however we can provide an engineer to perform any repairs necessary on a chargeable basis.